By the end of last week I got my #hacktoberfest pull request to Umbraco merged and this morning it was finally live:
The Umbraco 9 Unit Testing Documentation! 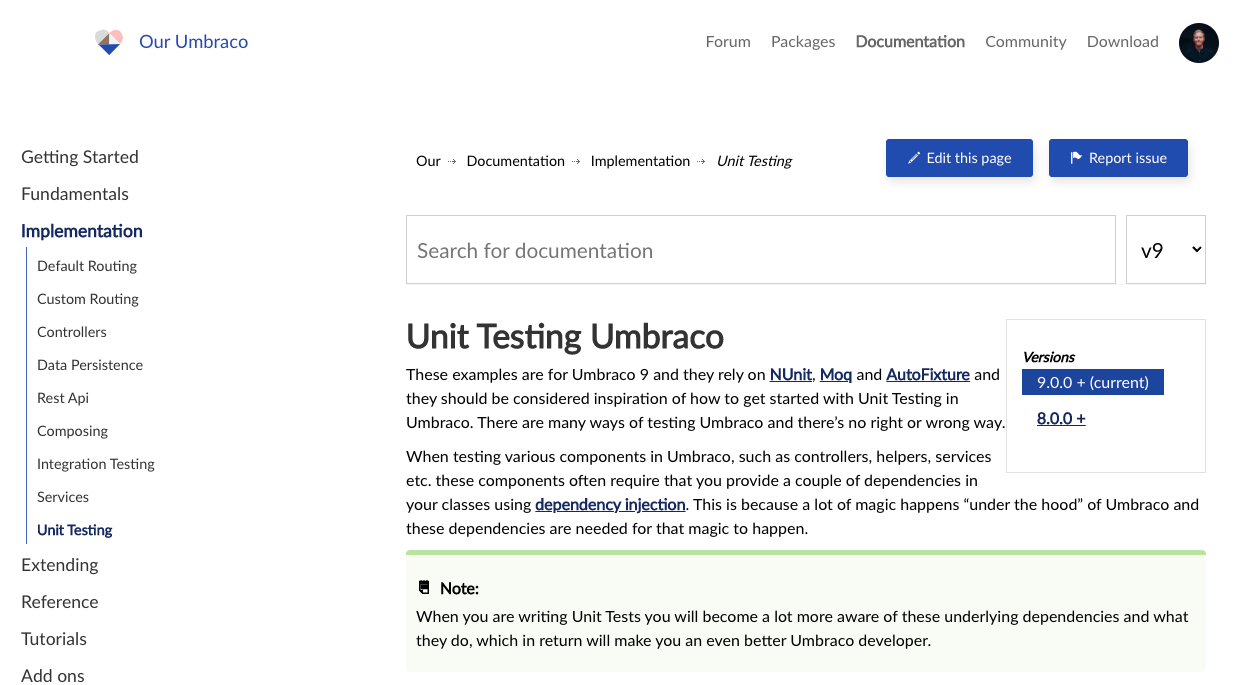 I wrote the V8 version of the Umbraco Unit Testing Documentation back in 2019 and ever since v9 was released earlier this year I've had on my todo list to bring this documentation to the latest version. Then when hacktober can I though I'd had to make this happen and so I submitted the pull request on the last days of October. 😉

One the best things about contributing to Umbraco is the amazing feedback you get from the reviewers. Not only did this result in updating my PR to introduce AutoFixture (which I've already written a blogpost about) but it also inspired me to write a philosophical introduction to the concept of Unit Testing and Mocking instead of just diving in to code samples straight away. And as always there's always great conversations and knowledge sharing going on when contributing to Umbraco. Special thanks to Marc and Lars-Erik for great feedback!

At the moment this documentation isn't much, it’s a start. I intend to add more samples going forward, starting with bringing all the samples from the v8 version to v9, but also introduce a few new examples such as testing View Components amongst many other new concepts.

But at least now there is a v9 version available for anyone wanting to get started with Unit Testing in the lastest version of Umbraco!